The visit was perfectly organized by Dr Szedlacsek and Dr S. Petrescu, President of the Rumanian Biochemical Society, and their colleagues. The Working Group was received in a most friendly fashion and much appreciated the outstanding Rumanian hospitality.

The programme included first, on Monday (7th) in the morning, visits to the Institute of Biochemistry (Director, Professor S. Petrescu), to the Institute of Cell Biology and Pathology "N.Simionescu" (Director, Professor M. Simionescu), both belonging to the Romanian Academy, and then to the Department of Biochemistry, Faculty of Biology, University of Bucharest (Head of the Department, Professor A. Dinischiotu) which is under the Ministry of Education.

These site visits, including the discussion following oral presentations, gave the Working Group an overview of the strengths and weaknesses of science in Rumania.

The second day was devoted to visits to the Ministry of Education where the Working Group met the representatives of the Minister (Professor A. Miroiu, secretary of State, Professor P. Rinderu and Professor I. Ciuca); and then to the National Agency for Science, Technology and Innovation (NASTI, President, Professor S. Lanyi). Finally, the group met with the head of the Romanian Academy Professor E. Simon together with the Vice-President, Professor M. Simionescu. The chairman of the working group, Professor G. Dirheimer, explained the reasons behind the visit, and the officials presented the various programmes and sources of funding. From the discussions, the working group gained a first hand impression of the funding possibilities and priorities in Romanian Life Sciences.

The Working Group met for two round table discussions, one on Sunday evening and one on Tuesday afternoon.

Concerning the visit of the Working Group to the Institutes in Bucharest one must distinguish between those of Academy and the University - that are engaged mainly in basic research - from those that are business oriented.

1) The Institute of Food Chemistry essentially carries out analytical chemistry for food production, whereas the Institute of Chemical and Pharmaceutical Research deals with the synthesis of drugs, chemicals and diagnostic tests, medicinal and aromatic plant processing and pharmacology. These two Institutes are really firmly business-related and do not belong to the area of interest of FEBS, whose main aim is to advance basic research in biochemistry and molecular and cellular biology.

2) The Institutes of the Academy and University.

The problems faced by Ph.D students is even more dramatic as their resources are so very low that they are often stopped in their experiments by shortage of chemicals. The Academy has set aside 15% of the budget for grants to support young scientists. This is good, but perhaps not enough. The great majority of students and researchers are females. This sentence should not be misinterpreted, but corresponds certainly to the impossibility for a young man to set up a family with the salaries on offer.

Proposals from the Working Group :

1) To the funding agencies including the Academy:

2) To the Institutes and Departments:

3) To the Constituent Society:

Specific proposals from the Working Group for action by FEBS:

It was felt finally that this was just a beginning and that the Working Group should continue to see whether and how FEBS could catalyze key actions to improve biochemistry and molecular and cellular biology in Eastern Europe. It was also felt by our Romanian hosts that our presence had given them access to structures of government power which they would not have had without the international nature of the Working Group and that visits to other countries in the region might be similarly beneficial. 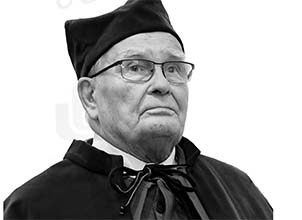